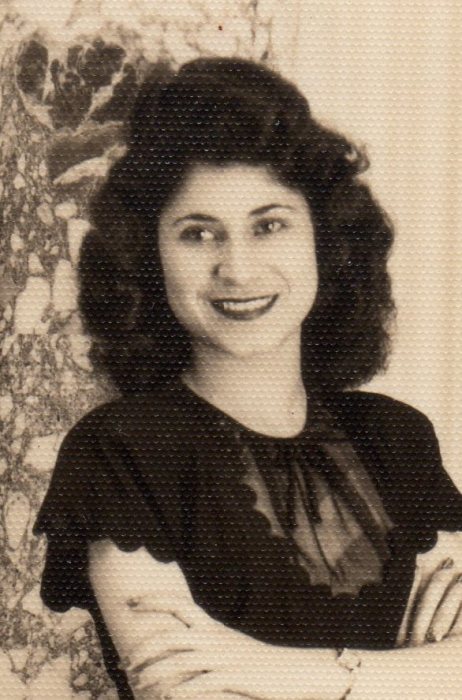 Concetta “Connie” (Prestia) Delconte, 94, of Clairton, PA (formerly of Donora, PA) passed away peacefully on March 26, 2020, surrounded by her loving family.  She was born in Reggio di Calabria, Italy on August 9, 1925, beloved daughter of the late Frank Prestia and Filomena (Tarzia) Prestia.  In addition to her parents, Connie’s sister, Rose Prestia Fronzaglio, preceded her in death in 1999.  Older brothers, Domenico and Vincenzo, died at early ages.  Connie was the youngest of her 3 siblings.

For 56 years, Connie was married to James G. “Jimmy/Jim” Delconte of Clairton, PA who preceded her in death on January 9, 2006.  She is survived by her 3 cherished children, son Vince (Bonnie) of Franklin Park, PA; daughter Linda Delconte Kushner (Larry, deceased, February 27, 2019) of Washington, PA; and son John (Susan) of Nashville (Franklin), TN.  She was the proud “Gramma” of Domenic James Delconte, deceased,(September 24, 2002) and Maria (Delconte) Minerd (Mark) of Upper St. Clair, PA; and “Nana” of Anthony Kushner of Washington, PA; Michael Kushner of New York City; and Gianna and Jason Delconte of Nashville (Franklin), TN.  Connie also felt blessed to be the “Great Nana” of Sienna, Vivienne, and Maela Minerd of Upper St. Clair, PA.   Several nieces and nephews and great nieces and nephews also survive.  Connie’s eldest nephew, Philip Maffeo (of Clairton, PA), preceded her in death in March, 2014.

In 1937, Connie, her mother, and sister traveled from Italy to America.  She was only 11 years old at the time, but vividly remembered the trepidation of the passengers aboard the ship and the turbulence of the ocean.  She also recalled how unusually quiet everyone became as they approached the harbor.  Then, they all broke out into cheers of jubilation when they first caught sight of the Statue of Liberty.  Once docked, Connie’s family entered the country through Ellis Island, and then took a train to Pittsburgh.  Her father had already been in America to work and prepare for his family’s long-awaited arrival.  This would be the first time that Connie would meet and see her father.

A 1946 graduate of Donora High School in Donora, PA, Connie thoroughly enjoyed browsing through her yearbook. (In her later years, she found solace in having her yearbook by her side or on her lap.)  Following high school, she furthered her education by attending and graduating from Comptometer School in Pittsburgh, PA.  (Comptometers were the first commercially successful key-driven mechanical calculators patented in the United States.)  She then worked in the accounting department at the Donora Division of US Steel until the time of her marriage in 1949.  Before moving to Clairton, PA with her husband, she also worked in the business department at Matway Chevrolet in Donora.

Connie will always be dearly remembered as a devoted and loving wife, mother, grandmother, great grandmother, aunt, cousin, and friend.  She was compassionate, caring, knowledgeable, skillful and well-known and respected for her selflessness, dropping whatever she was doing to help someone else in need.  In addition, Connie was very artistic and a wonderful cook whose pleasure it was to share her delicious home-cooked meals with everyone that came into her home.

Connie always cherished being the doting mother of her 3 dear children, Vince, Linda, and John, and that pure joy carried over to her 6 beloved grandchildren, Domenic, Maria, Anthony, Michael, Gianna, and Jason.  Then, when granddaughter Maria and her husband Mark welcomed 3 precious daughters, Connie was thrilled.  She was so happy and proud to be “Great Nana” to Sienna, Vivienne, and Maela.  Her eldest great granddaughter, Sienna Concetta, is her “Great Nana’s” namesake.

During the last several years of her life, Connie resided with her only daughter, Linda Delconte Kushner, who lovingly cared for her mother.The entire Delconte family is sincerely grateful to Linda for her unwavering devotion and profess that Linda embodies Connie’s kindhearted and giving nature, “Like Mother, Like Daughter.”

Funeral arrangements for Concetta “Connie” (Prestia) Delconte will be private due to the wishes of the family.  Interment will be at the Christ Our Redeemer Cemetery (Northside Catholic Cemetery) in Ross Township, PA.  Arrangements by the A.J. Bekavac Funeral Home, 555 5th. St., Clairton, PA 15025 (412-233-5700) www.bekavacfuneralhome.com