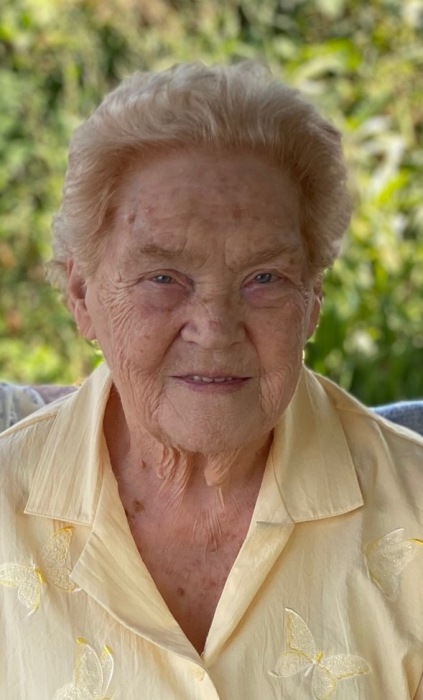 Peggy J. Williamson, age 91 of Clairton, passed away at home on Wednesday, March 17, 2021.  Born January 15, 1930 in Salem, IN, she was a daughter of the late Verna Clemons Medlock and Laura Kathryn (Clark) Fess.  A retired outpatient clerk at UPMC Shadyside Hospital, Peggy was a member of Pine Run United Methodist Church in Clairton; the Eastern Star Clairton Chapter #316; a Past President of the PASARD - Pittsburgh Area Square and Round Dancers Federation; Past President of the local PTA; and a member of the American Sewing Guild.  She is survived by her husband Harry Gilbert Williamson; her daughters Kathleen (the late Norman) Rinker of Jeffersonville, IN, Karen Williamson of Clairton, and Francell W. (Robert) Helfrich of Atkinson, NH; her grandchildren Alan and Bryan Rinker, Kathryn Gibbs, and Allyson Levesque; her five great-grandchildren; her sisters Nancy C. Dowell of Salem, IN and JoAnn Lemmell of Lanesville, IN; her brother Dale Edwin (Willie) Fess of New Albany, IN; and also nieces and nephews.