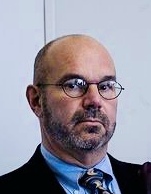 Robert John Gersch, age 69, of Clairton, passed away on Tuesday, March 23, 2021 at his home. Born August 4, 1951 in Philadelphia, he was a son of the late Edward Francis and Clara Lena (Buccello) Gersch. He was a graduate of the Pittsburgh Institute of Mortuary Science and had a Masters from the University of Pittsburgh in Microbiology. He worked as a Loan Officer at PNC Bank in Pittsburgh, a Travel Agent for American Express, was a former Democratic Committee Planner, a Partner in Sera-Tech Biologicals in Oakland, and was a licensed funeral director in the Pittsburgh area. Robert was a member of the Sixth Presbyterian Church in Pittsburgh, Pittsburgh Mediation Society, and took part in the Presbyterian Peace Keeping Mission.

He was survived by his son Benjamin R. (Shannon Oliverio) Gersch of Pittsburgh; daughter Sarah E. Gersch of Pittsburgh; granddaughter Olivia Snow Gersch of New York City; and long time friend Charles Spence of Clairton. In addition to his parents, he was preceded in death by brother, Edward Francis Gersch. All services for Robert are private at the request of the family. Arrangements made by the A.J. Bekavac Funeral Home, 555 Fifth Street, Clairton, PA 15025 (412) 233-5700.