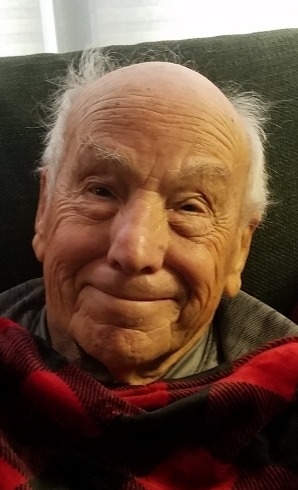 Donald W. Molinaro, age 93 of Glassport and formerly of Clairton, passed away on Monday, August 23, 2021 in his home peacefully and surrounded by his family.  Born October 15, 1927 in Glassport, he was a son of the late Dominic and Edna (Cothery) Molinaro.  A former steelworker at Copperweld in Glassport, Don was a Veteran of the US Navy, serving during both World War II and the Korean War.  He was a member of both Triumph of the Holy Cross Parish - St. Clare of Assisi Church, Clarton, and the American Legion Daniel Keffer Post #75, Clairton.  In his spare time, he was an avid runner, participating in many Pittsburgh Great Races over the years.  Besides his parents, Don was preceded in death by his wife of 54 years Rica (Campolongo) Molinaro, who passed away November 6, 2005; his grandson Kirk Sprouse, who passed away August 14, 1992; and his brothers George and Duane Molinaro.  He is survived by his daughters Edna Jean (Steve) Fleishaker of Myrtle Beach, SC, Danette (Ray) Sprouse of Glassport, Helen Marie (Chuck) Kennedy of Lansdale, and Mary Kay (Richard) Rafferty; his five grandchildren Chas (Rachel) Sprouse, Steve (Tiffany) Fleishaker, Kelly (Sam) Schulte, Caitlin (Jeff) Nichols, and Brianna Kennedy; his five great-grandchildren; and also nieces and nephews.