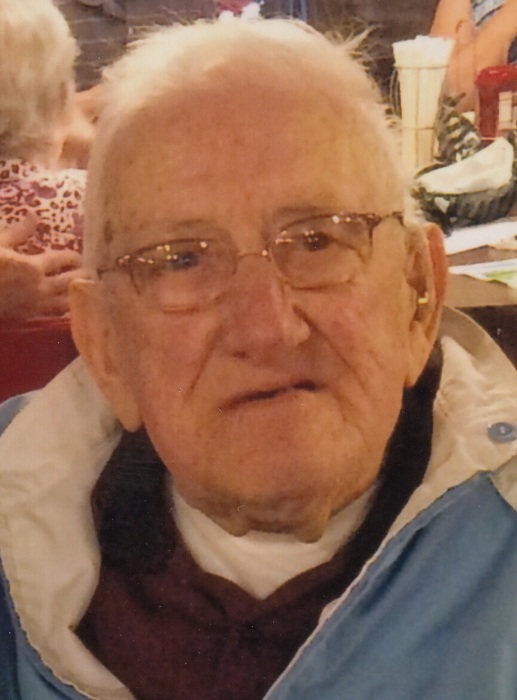 James J. Tortorice, age 95 of Somerset and formerly Clairton, passed away on Tuesday, October 2, 2018 in The Patriot in Somerset.  Born January 19, 1923 in Elizabeth, he was a son of the late Joseph and Frances (Moresea) Tortorice.  A parishioner of St. Clare of Assisi in Clairton and a US Navy Veteran of World War II, James was a barber and painter in the area and a member of both the American Legion Daniel Keffer Post #75 and Sons of Columbus in Clairton.

Besides his parents, he was preceded in death by his wife the late Marie I. (Cifonelli) Tortorice who passed away on September 15, 2008.  James is survived by his children Denise (Michael) Demchak of Markleton and Joseph J. (Pamela) Tortorice of Elizabeth; his grandchildren Jason (Alicia) and Joseph (Misty) Demchak and Damien (Jennifer) and Mason Tortorice; his great-grandchildren Taylor and Reese Demchak and Tyler and Rayne Tortorice; his siblings Thelma Furcini of Scottsdale, AZ, Dolores Ferraro of Clairton, and Archie Tortorice of Port Vue; and also nieces and nephews.  Along with his parents and wife, James was also predeceased by his sister Mary Lewis.  Friends will be received in the A.J. Bekavac Funeral Home, 555 5th. St., Clairton, PA 15025 (412-233-5700) on Thursday, October 4, 2018 from 2 to 8 PM.  Mass of Christian Burial will be held on Friday, October 5, 2018 at 10 AM in St. Clare of Assisi Parish.  Interment with military honors will follow in the parish cemetery.  The family would like to thank the staff of both The Patriot and ViaQuest Hospice for their exemplary care of James, especially Rhonda, Kelly, Stephanie, and Renee.  www.bekavacfuneralhome.com