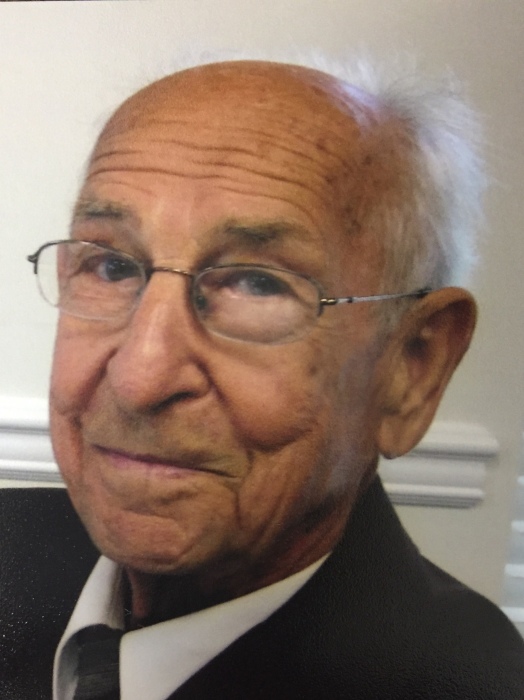 Walter J. “Luddy” Zdrale, age 95 of Finleyville, passed away on Sunday, February 23, 2020.  Born August 12, 1924 in Clairton, he was a son of the late Jovan and Vasa (Prelevich) Zdrale.  A member of the former St. Mary’s Serbian Orthodox Church in Clairton and US Army Veteran of World War II, Walter worked first as a welder for US Steel Clairton Works.   Afterwards, he became a draftsman for US Steel in Pittsburgh and, after his retirement from there, he went to R.T. Patterson of Pittsburgh.  He was also a member of the Finleyville American Legion and the Omni Masonic Lodge #582.  Besides his parents, Walter was preceded in death by his wife Angelica C. (Collaretti) Zdrale, who passed away August 12, 1998; his daughter Lisa Zdrale; and his brothers George, Mark, and Michael Zdrale.  He is survived by his daughter Denise (Jack) Cylenica of West Mifflin, his grandson Sean R. (Georgia) Biagini of Jefferson Hills, his great-grandchildren Giovanni and Siena Biagini, and also nieces and nephews.

Friends will be received in the A.J. Bekavac Funeral Home, 555 5th. St., Clairton, PA 15025 (412-233-5700) on Tuesday, February 25, 2020 from 1 PM to 8 PM.  A Blessing will be held in the funeral home on Wednesday, February 26, 2020 at 10 AM with Fr. Fortunatus Mugisha officiating.  Procession and burial with military honors will follow in Monongahela Cemetery.  Walter’s family would like to thank the staff of Mt. Vernon of South Park and 365 Hospice for their care.  www.bekavacfuneralhome.com